An interview with Nance
A discussion of both new books: PACIFIC WALKERS & BONELAND 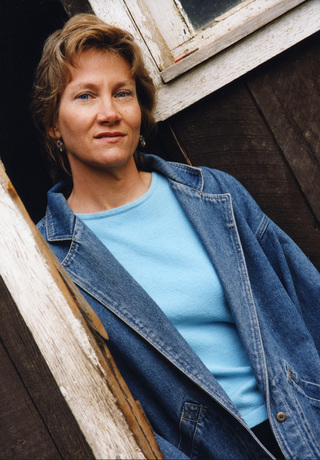 radio interview
A short radio interview with me by Anna Monardo at U. of Nebraska
contact author
CONTACT ME FOR FURTHER INFORMATION

FEEL FREE TO SEND ME A MESSAGE

NANCE'S NEWEST FICTION: EVER YRS, a novel in the form of a photo album/scrapbook.

A 99-year-old great-grandmother tells the story of a family filled with quirks, foibles and downright strangeness through a series of photographs and family memorabilia. The photographs are all captioned, some at great length, by the family matriarch. They describe life in Butte, Montana, surrounded by the great copper mines of the early 20th century, and, later, by the environmental devastation left behind when the mines failed.

Here, in 1999, as the town awaits the Y2K meltdown and a 'virgin birth' is apparently about to occur, Grandy hurries to divest herself of the secrets concerning both her good and bad contributions to Butte and her own descendants.

Linked stories, each told by a resident of a commune in Eastern Washington.

PACIFIC WALKERS
"Nance Van Winckel has long been one of my favorite poets—a voice I turn to again and again for imagery and music and to remind me of the loveliness and intensity of the subtle narrative woven into the subtle lyric. Pacific Walkers shows her at the peak of her powers. It is a riveting book, accumulating in strangeness and fearsome magic as it moves through the mysteries of existence and mortality." —Laura Kasischke

OTHER BOOKS OF POEMS

NO STARLING
"The poems of NO STARLING project life through a strange, wonderful prism, part heavily refracting language, part heady, playful imagination. Nothing is stranger than what is true to life. Nothing is more necessary." —THE CINCINNATI REVIEW

"You People," a poem from NO STARLING
received the Friends of Literature Award from POETRY MAGAZINE.